Good day to you, my most loyal of subscribers who have yet to delete their ties to this humble blog in a huff due to a severe shortage of content! While I cannot call this a comeback, I can call it at least a rolling over in one's sleep. My archive of unfinished, unpublished content is a wide field of weeds I have yet to pluck, place in the first cup I can reach in the counter and present to you as a doe-eyed child presents the first dandelion of spring to his or her mother.


In the Smoking Bay lives a wizard, on a mountain that once fell from the sky.

It's rich in 'viz' - the Blackmarsh setting's version of "magic in physical form". Viz is vaguely defined, to whit it "could be a flask of pure spring water, a newly bloomed flower, or an iridescent rock". It's a thing that is another thing - 'viz' is a substance that takes on the characteristics of another object.

Much like other things, you know it when you see it. From my reading of Blackmarsh, 'viz' is something that's constantly renewing in the environment - there's ash trees in the Greywoods whose seeds contain viz.

It's like if "abiotic oil" was a real thing - here's this source of power just leaching into the world that just needs to be collected.

The Value of Viz

The two things that viz gives you is the ability to cast spells without wiping it from memory, one "viz" used per spell level, and it's worth 100GP towards magical item creation.

I'd mentioned earlier that one could probably treat viz and Dwimmermount's azoth as the same thing.

Dwimmermount (ACKS), pg 360 - refined azoth is valued at 100 GP per ounce. Note the descriptors of what viz could be above - poetic, yes, but, also very much possibly things that could weigh an ounce.

So it could be deduced that some process in Blackmarsh is exuding refined azoth into or as everyday objects, including plant life and vermin. That's...kinda worrisome, really.

The expanded capabilities of refined azoth from various sources:

From Dwimmermount, it has a number of side effects; it's combustible for one, acting as double-strength flaming oil.

Touching or consuming refined azoth causes a save; if failed, a set of tables determines effects that are a mix of helpful and baleful.

But, as things go, just because it's potentially harmful doesn't mean people won't seek it out - we don't need a fantasy world to prove that. There's a bit of a 'gold rush' theme tied to viz, but nothing terribly defined, as far as amounts or ease of finding.


We can make a guess about the relative value of viz.

A load of semiprecious stones weighs a stone, and averages 1,000GP in value. Precious gems are the same weight, and 3000GP in value.

The Greywoods: Several hexes - "grey ash" trees drop seeds that are a "potent source" of viz.

Hex 0105: the ruins of Daur Anthar, there was a vein of metal rich in viz.

Hex 0217: Oldan Hold; established as a base for dwarves from Bolzak seeking viz; the lord of the keep, Mazardan, heads an adventuring company seeking viz. In fact, the dwarven Lord Mazardan will pay 200 GP per viz brought to him; that's "over value" for it's use.

Hex 0616: Mages of the Bright Empire once harvested viz from a half-mile long, 50' deep gorge.

Hex 0913: Castle Blackmarsh, survived for a time on the traffic of folks seeking viz. Has an elite association of adventurers called "the Viz Club".

Hex 1309: The Mountain That Fell; "incredibly rich" in viz; guarded by a high level mage.

Hex 2114: Mermaids collect shells for a pool in the center of the island; they turn into viz during the full moon (4d6 of them).

Hex 2410: Large pillars with compartments "where viz can be inserted".


That's a lot of different things. I'm interested in what I can pull out of this and define. (and yes, I realize I'm missing the point of not defining it, much like the robot who knows the chemical composition of the rose but will never know love, but this is my fun-time, let me go)

The Mountain that Fell

Presume the Wizard of the Isle is a 14th level mage. (Dwimmermount includes a progression table for ACKS up to 18th, but we'll stick with 14 for now) His actual HD may be higher, he's probably transmogrified himself, since he's been around for centuries. It may be construed he's unlocked some form of immortality  as per Dwimmermount, pg 408.

He has no domain or realm.

The realm he presumably could be running, however, is an empire of millions.

The minimum assumed income for an empire; ACKS pg 230, is somewhere in the neighborhood of 385,000GP per month. For completeness, that number jives with a 14th level character's Monthly Henchmen Wages (350K).

His expenses may technically be lower, as he's not providing for a population, but that could be easily subsumed into whatever measures he's taken and must maintain to guard the island itself. That golem probably doesn't come cheap.

Since the mountain is "incredibly rich" in viz, the Wizard is presumably actively doing wizardly things, one could posit that his "income" is gained via the procurement of viz. Since he's an immortal wizard on an island that exudes magic, I'm going to take a wild leap and say he probably doesn't spend money on mundane things like...food, maybe, or fancy clothes, or anything that isn't furthering his research or protecting his research from others. I honestly don't think this guy would have apprentices, he probably has a small company of artificial creatures doing the extraneous work.

I'll continue, then, computing this base 385K of income as if it's all coming to him in viz.

He can't spend that much in a month, though - not on the things that viz can be spent on.

The most expensive things our Wizard can do, on a day-to-day basis, is creating constructs, crossbreeds, or doing necromancies. For per-month output, nothing beats max-value construct creation, at something like 27.5K per month in created value. We can take the Abstract Magical Research rules and figure that this wizard only fails on a roll of 2+ (some special HFH class ability, can't recall which), invert the 1.05x multipler for cost, and easily state that:

The Wizard of the Isle takes in 27.5Kgp of Azoth per month, and converts that to abstract magical research value totalling 26.2Kgp per month, in items, constructs, or just plain library value, as needed.

Let's take the Axioms mining rules as an example, and think of it like a gem mine.

We know 140 carats is about an ounce, and by density a diamond of that size is about three-quarters a cubic inch in volume. That's not a bad size for what we see above in the descriptions for viz sources - seeds, shells. Giant Ant eggs might be up to 8 lbs, but maybe it's just a portion of the egg.

Value-wise, it's way off though; a 140ct diamond is probably damn near invaluable - in the real world a 163 carat diamond went for about $34 million at auction. So, we'll table that for now, and we'll look instead at results.

That's a very big gem mine. Like, wizard-did-it big. Fortunately for us a wizard has indeed done it.

We need to net 16 times the yearly profit of an ornamental gem mine per month. If 200 work gangs produce 2,400 carats in a year, that's 12 carats per gang per year - or, 1 carat per gang per month.

Clearly inexplicable, cause as the Dungeon Master says, 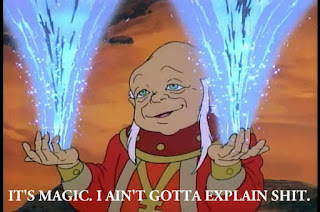 Well, so, the Wizard did it, and if we've got a wizard with a teleporting construct that guards the surface of the mountain, what the heck you think he's been up to underneath? That's right - horrible spiky bladed relentless digging machines.

From D@W:C we know that monstrous workers multiply their labor rate by their normal load divided by 5.

That's ridiculous and terrible, but is it the best we can do? Of course not.

Purple Worms, the very essence of "dig", clock in at a load of 320; that's a divisor of 64 or 2,975 purple worm looking constructs roiling up to the lab to barf out little bits of viz every couple days.

That's pretty ridiculous and quite terrible, but I'mma stop you right there, and tell you who has the greatest normal load of ALL TIME.

Boasting a 2400st normal load, that's a divisor of 480, and so 397 sperm whale constructs constantly churning the nethers of the mountain, surfacing in some infinite dance loop of choreographed terror to spit collected viz out of their blowholes and into some sort of collection apparatus.

That gold construct's not there for defense. He's there to warn you that you're hilariously out of your league.

The best way to run a high level wizard is to assume that the wizard has a copy of the rulebooks of the game she lives in.


Technically it's a bigger construct in HD than a 14th level mage can make, but, only by 2HD, I feel like there was maybe a proficiency in a later book to give a bit of a level bump, and if not, there should be. Or, again, the referenced Wizard already exceeded mortal limitations.

400ish gigantic beetle-looking constructs. roiling around in that mountain. My guess is that they don't even remove the material, they just fill it in behind themselves, and there's just something that makes little tiny bits of 'viz' spontaneously generate that they store in their giant midguts until they emerge engorged and ready to vomit it out.

Alternatively, assume there's some time period between the digging and the filling, and at any given point there's 11.4 million cubic feet of tunnel - let's say these guys make 20x20 tunnels, so that's...28,560 linear feet of random tunnels PCs could blunder into and explore for a little bit before they are summarily chewed up or crushed by the next gigantic beetle construct to cross their path. 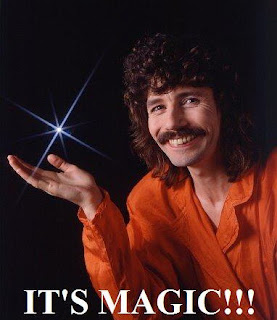 Email ThisBlogThis!Share to TwitterShare to FacebookShare to Pinterest
Labels: blackmarsh